Planning and Preparing for Dental Procedures: Your Questions Answered 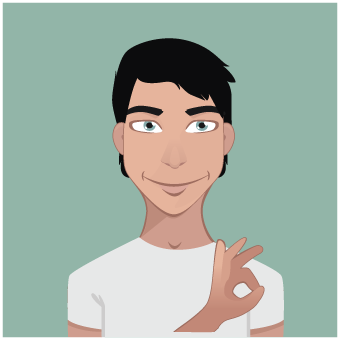 Making decisions about your smile can be confusing. Should you have a tooth pulled or get a root canal? Should you get adult braces or stick with a retainer? Should you use at-home whitening remedies or have your teeth professionally whitened? If questions like these are keeping you up at night, you've come to the right place. I used to stress out over routine dental procedures, and as a result, I did loads of research on everything dental-related. To help others, I'm using this blog as a place to collect, review and share what I've learned through the years. I hope you can use the information here to help you plan and prepare for your next dental appointment.

Waiting for your baby's first teeth to erupt is both tiring and exciting. The stress of a child's teething is thankfully often overshadowed by the growing anticipation that parents feel when waiting for the appearance of that first little tooth. However, baby teeth don't always follow the rules as far as positioning and appearance go.

Sometimes they erupt in odd locations, come in jagged or seem to be much bigger than they should be. If one of your baby's teeth appears to be bigger than usual, or looks like two teeth fused together, this is likely a case of either gemination or fusion, both of which are benign and not a sign that something is wrong.

If tooth fusion is to blame, then your baby will likely have one less tooth than normal. That is because two of those teeth fused together whilst they were growing. This means that although they are essentially one tooth, they may have their own nerve chambers and root canals. The fusion of two teeth can occur because of the presence of physical pressure during tooth formation.

Double Teeth May Not Pose an Issue

Upon discovering that your child has a double tooth, you should have a dentist perform an X-ray to determine if the tooth will become an issue or not. Sometimes, double teeth do not fall out when they should, and this means that there is no room for the permanent tooth to erupt. Double teeth are also more difficult to clean as they have two crowns instead of one and food debris can become trapped in the space between the two crowns.

Double Teeth Can be Separated

When teeth fuse together, which is different from gemination, they can be separated by a pediatric dentist so that they become two teeth instead of one. However, if the root canals are connected, root canal therapy will also need to be carried out on each tooth.

If you think your baby has a double tooth, don't worry; it is not a serious issue. However, the tooth will need to be monitored by your dentist to ensure that it doesn't interrupt the development of the permanent teeth.